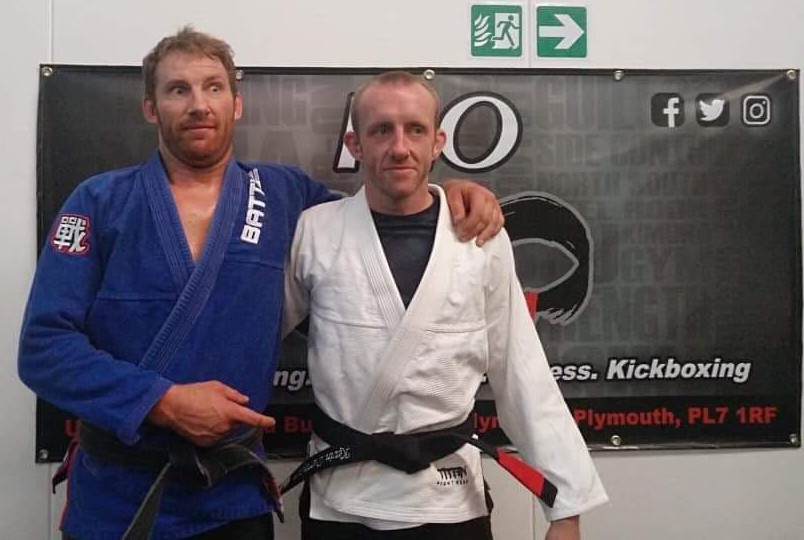 A lot of people ask me who I’ve trained with and where etc so I thought I’d add a page to answer some questions.

My first introduction to martial arts was at the grand old age of 14 with Wing Chun Kung fu under Geoff Hall. I saw a guy through a window swinging around a set of Nunchucks and thought I’d drop in and ask him about it. He pointed out that he was one of the more advanced students, and that he usually trained Wing Chun so suggested that I try it. I stuck with that for just over four years. My instructor then out of the blue suffered a heart attack so the remains of the club slowly scattered and I continued on my martial arts journey.

I joined a Karate club for a while (Sandokai – John Moseley) where I stayed for a couple of years, then found a club teaching Japanese Jujitsu. I decided that this was definitely for me so I trained there under John Anderton for about 6-7 years and received my 2ndDan in 2003. It was late during that period that I decided that I’d like to learn some groundwork as the style I’d been studying was pretty much exclusively Judo based throws mixed in with Kenpo/Karate style strikes, and didn’t really have any groundwork in it at all. During that time my Instructor moved away leaving myself and a couple of others in charge. I decided that I wasn’t really happy being called Sensei, I was uncomfortable grading people and teaching the same material from the same syllabus week after week wasn’t very much fun.

At the time there wasn’t really anyone locally that could teach me any real amount of groundwork so I resorted to rolling around in a field with one or two of the other like minded guys whilst flipping through the pages of a Gracie Jiujitsu book. It was pretty rudimentary training really but it opened up my eyes to some of the things that you could accomplish with a decent understanding of body mechanics and more importantly, it was a lot of fun!

After that I managed to get regular access to the internet and discovered the teachings of Matt Thornton and the Straight Blast Gym. This really opened my eyes to what I wanted to train and how I wanted to train it, so from that moment my training became a little more focused and I decided that I didn’t want to train the traditional martial arts anymore. I tried Judo for a little while and because of my knowledge was given a green belt, but by then I’d learnt so many other Jiujitsu moves that I found the rules of Judo far too restrictive so I opened up a club.

Here’s the video that initially convinced me to deviate from traditional martial arts:

Essentially from there my training consisted of anything I could grab from Seminars – Usually in Plymouth with Kenny, the internet/dvd’s and instructional material from books. Since then I’ve competed in MMA, done both nogi and gi jiujitsu competitions and have never looked back!

I received my Blue Belt from Kenny Baker who was SBG Plymouth at the time, then later my Purple Belt. After winning double Gold in my category (Under 76k Lightweight gi and nogi) he awarded me my Brown (Feb 2015) which I very reluctantly accepted as I’d just reached my happy place competing as a purple belt!

Because of the way I’ve trained it’s taken me a long time to get where I am, and with a regular coach I know I could have gotten there a lot faster. But the flip side of that is that I’ve made a lot of mistakes that I’ve learnt from, and it’s taught me to be a problem solver, and that I must be in charge of my own education and not to rely on others to teach me. I’ve also learnt that because of this I can be a pretty good coach to anyone willing to learn!